"One of the two pilots flying the ill-fated Germanwings flight was locked out of the cockpit before the aircraft crashed into a remote region of the French Alps, it has been reported. Audio taken from the black box voice recorder that was salvaged from the obliterated wreckage of the Airbus A320 indicates the pilot left the cockpit and could not re-enter, an official told the New York Times. A senior military official involved in the investigation said the pilot is heard knocking lightly on the door of the cockpit before hitting the door harder when he gets no answer.
_Dailymail_" 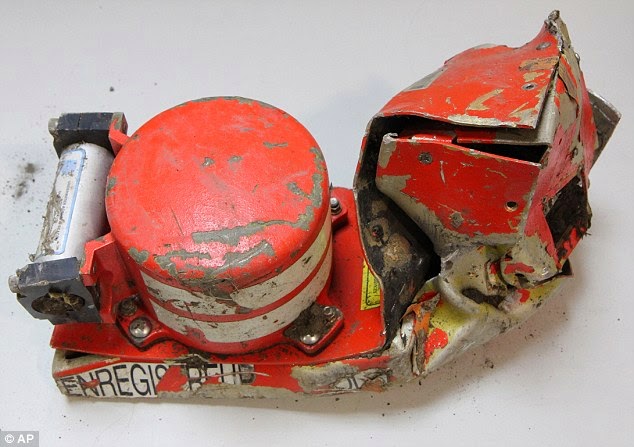 Petikan from New York Times::
"PARIS — As officials struggled Wednesday to explain why a jet with 150 people on board crashed in relatively clear skies, an investigator said evidence from a cockpit voice recorder indicated one pilot left the cockpit before the plane’s descent and was unable to get back in.
A senior military official involved in the investigation described “very smooth, very cool” conversation between the pilots during the early part of the flight from Barcelona to Düsseldorf. Then the audio indicated that one of the pilots left the cockpit and could not re-enter.
“The guy outside is knocking lightly on the door and there is no answer,” the investigator said. “And then he hits the door stronger and no answer. There is never an answer.”
He said, “You can hear he is trying to smash the door down.”
While the audio seemed to give some insight into the circumstances leading up to the Germanwings crash, it also left many questions unanswered.
Continue reading the main story
"We don’t know yet the reason why one of the guys went out,” said the official, who requested anonymity because the investigation is continuing. "But what is sure is that at the very end of the flight, the other pilot is alone and does not open the door."
the crash and provides no indication of the condition or activity of the pilot who remained in the cockpit. The descent from 38,000 feet over about 10 minutes was alarming but still gradual enough to indicate that the twin-engine Airbus A320 had not been damaged catastrophically . At no point during the descent was there any communication from the cockpit to air traffic controllers or any other signal of an emergency.
When the plane plowed into craggy mountains northeast of Nice, it was traveling with enough speed that it was all but pulverized, killing the 144 passengers and crew of six and leaving behind almost no apparent clues about what caused the crash.
The French aviation authorities have made public very little, officially, about the nature of the information that has been recovered from the audio recording, and it was not clear whether it was partial or complete. France’s Bureau of Investigations and Analyses confirmed only that human voices and other cockpit sounds had been detected and would be subjected to detailed analysis.
Asked about the new evidence revealed in the cockpit recordings, Martine del Bono, a bureau spokeswoman, declined to comment.