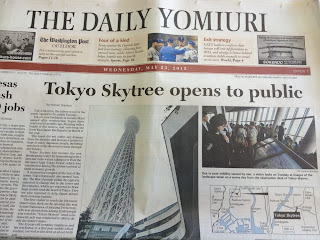 I've thought this will be a newsworthy since everybody in Japan that time, suggested us to visit this building eventhought it was not officially opened yet.

Due to time constraint and as it not yet opened, we decided to watch from afar. And i believed klcc in more "cantik", that why we skip this building/ sturucture 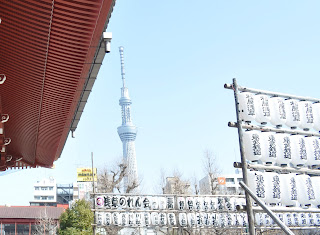 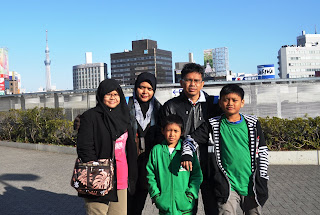 Japan's Skytree tower opens –
At 634 metres (2,080ft) Tokyo's new Skytree tower is the world's second tallest building, after the Burj Khalifa in Dubai. The building opens its doors to the public on a cloudy Tuesday in Tokyo. The Skytree is the world's tallest free-standing broadcast tower, and is twice as tall as the Eiffel tower in Paris