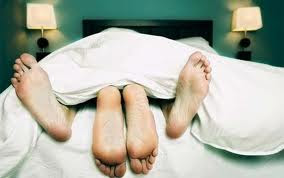 7:22am
SET ALARM CLOCK: Body specialists claim our internal alarm clock is programmed to go off after seven or eight hours' sleep.

But University of Westminster researchers found those who rise between 5.22am and 7.21am have more of the stress hormone cortisol in their blood, regardless of what time they went to bed.

This can make you more prone to heart attacks so waking up later is better for you.


7:30am
HAVE SEX: The body produces a surge in sex hormones and a rush of adrenalin to get you going in the morning.

Sex therapist Suzie Hayman says: "You'll both be rested, with heightened senses. As you're still waking up, you tend to be more responsive."

Research in Italy found it is also the time most couples are likely to orgasm – and conceive.

8:10am
ENJOY BREAKFAST: It is best to eat breakfast about an hour after waking up, scientists in Australia found.

"Your appetite is strong at this time," said researcher Brett Harper. "But if you eat earlier the stomach is not conducive to digestion and also absorption."

9am
TACKLE HARDEST TASK: People are at their most alert one to two hours after waking up, research by New York's Sleep-Wake Disorders Centre found. "It's when levels of the stress hormone cortisol are highest. Blood sugar levels increase, giving you the energy to manage difficult situations," says Professor Simon Folkard, of the University of Wales.

10:30am
HAVE A SNACK: Stabilise the first energy dip of the day with a snack, such as a piece of fruit. Eating little and often helps the body function more efficiently than eating three large meals.

"You'll be able to digest food properly and won't be overeating as your blood sugar should still be sufficiently elevated."

2:16pm
PUT THE KETTLE ON: The average Brit loses their va-va-voom at 2.16pm, according to a survey by tea-maker Typhoo.

Nearly all of the 2,000 respondents were lacking enthusiasm for any kind of task at this point in the day — so time for a caffeine kick.

But make it your last cuppa of the day. Drink it any later and the caffeine won't have time to disperse through your system before bedtime, causing insomnia.

4pm
HAVE A YOGURT: This will steady blood-sugar levels and prevent any after-work binge eating. "Choose diet yogurts over low-fat ones, which can contain more sugar," says nutritionist Clare Stanbull.

5pm
EXERCISE: Researchers in California have found hand-eye co-ordination and reaction times peak now. It is also when the stress hormone cortisol, which can damage the immune system, is at its lowest. So while dawn gym bunnies may look healthy, they are putting themselves at increased risk of infections.

7pm
POUR A GLASS OF WINE: If you want a glass or two of wine but don't fancy ending up on the floor — this is the best time to indulge.

Many body functions slow down through the course of the evening so alcohol moves more slowly into your bloodstream.

7:30pm
HAVE A LIGHT DINNER: A big meal of carbohydrates fuels a rise in blood sugar and puts the digestive system into overdrive, affecting sleep. Opt for lots of veg with smaller portions of carbs and proteins.

10pm
HAVE A BATH: Body temperature needs to fall in order to help us sleep. Though the bath itself is warm, stepping out immediately cools the body and gets you in the best shape for falling into bed.

11pm
GO TO BED: Stress hormone levels are now at rock-bottom and your body produces a surge of sleep-inducing melatonin.

But to aid a restful, refreshing sleep, don't eat, read or watch television in bed.

Professor Jim Horne, from Loughborough University's Sleep Research Centre, says: "This will maximise the production of melatonin during the hours of darkness and can quench cancer-causing free radicals."